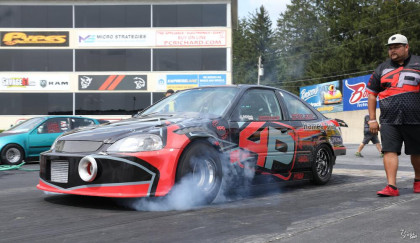 The father, son team has always shared a passion for motorsports. Derrick Ramey got his race career in gear at the age of six. Starting out in Go-karts before moving to Bandoleros, Legend cars, Allison Legacy cars, and his current class, modified dirt cars. Now at twenty two years of age Derrick has positioned himself to continue an ascension to the top ranks of the dirt world.

Earl Ramey is self-employed as an engine builder at Ramey Custom Aircraft & Racing Engines while Derrick Ramey assists his father and works as a general laborer at Goulet Race Customs building/fabricating for the industry. Like many in motorsports they put in a solid days work before adding a night shift at home to get the car ready for the weekendâ€™s events.